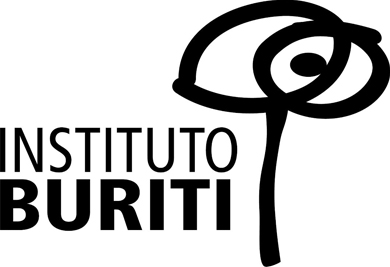 The book aims to inspire public educators and politics and portrays the projects, which add impressive numbers.

116.509 km were ridden in highways, taking Brazilian cinema to 759 suburb neighborhoods, where 7439 cinema sessions for 1.355.403 Brazilians took place. Eighteen states and the Federal District were visited by Cine Tela Brasil (Cine Screen Brazil), putting Brazilian of all ages in a movie theater for their very first time.

With four thousand copies, the book will be freely distributed to public schools and education institutions all over Brazil, aside from having one part being sold at MIS bookstore.

Founded and conducted by the movie makers Laís Bodanzky e Luiz Bolognesi,  BURITI INSTITUTE arises in 2014 with the proposal of encouraging the audiovisual as a tool of teaching and learning in public schools.

Through educational workshops of audiovisual literacy, the implementation of new methodologies and cultural tools in the classrooms helps the formation of active creative teachers and students, inside and outside the schools.

Taught by instructors who are part of the movie industry, the workshops will be held in several states of the country, having on its annual planning the commitment with the continuity of the content studied in loco at schools and the exchange of information through the Portal Tela Brasil – web platform focused on the audiovisual distance formation and learning.

In a free, democratic way, with a pleasurable and attractive shape, learning sources about audiovisual are able to promote a critical view and the rise of new perspectives for a new age of education.


"Let’s focus on education. The school as an institution is in a crisis all over the world, with students, who are not interested in traditional forms of learning. We strongly believe that the audiovisual will be the tool that might bring back teachers and students’ interest and passion for the knowledge.” - Laís Bodanzky

“The audiovisual is a simple and inexpensive tool able to help renew the schools’ structure, offering the students and teachers the possibility of expressing themselves, of learning how to work as part of a team, of mastering new repertories and syntaxes harmonized with the new era, and, especially, of developing a critical view and ethical values. Everything done for pleasure, not as an obligation.” - Luiz Bolognesi